You may remember I recently blogged about the Brazilian Dove Men+Care shampoo ad in Brazil. The one with the male office drone transformed, to his horror, into a beautiful Beyonce Drag Queen. Because he used the wrong kind of cosmetic. The kind that doesn’t double Dove’s money.

It had a rather laughable message, but at least it was funny and well made.

These British ads for Dove Men+Care shower gel and deodorant currently running on UKTV are different. They have a laughable message but aren’t funny or well-made. In fact, they are so dull, so grey, so patronising and so painfully straight acting faux-blokey (all the men who use our male beauty products have lots of kids and go to the footie) it’s positively menbarrassing. It’s like an ad scripted by Loaded in 1994. 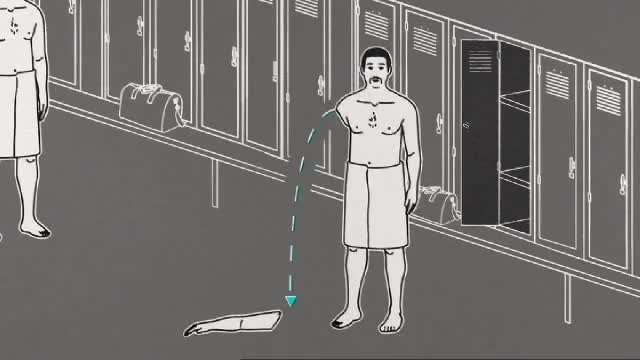 The ‘joke’ is that men aren’t really human. They’re machinery or breeding pets that need a ‘man manual’ – geddit? – to maintain them. They’re objects – in the real, unsexy, inanimate meaning of the word. And if men don’t use Dove’s MAN deodorant their arms will fall off. Or their balls might be infertile.

Can you imagine the outcry if Dove took this kind of ‘objectifying’ approach with a beauty product aimed at women? But of course, that wouldn’t happen. Because Dove/Unilever is the gigantic corporation behind the women-are-all-beautiful-and-whole-human-beings (so long as they’re white and young – and buy our products) ‘Campaign for Real Beauty’.

Whilst we’re cringing, here’s another menbarrassing ad. One that manages to patronise both men and women. It’s for something called Gillette Fusion ProGlide Styler (which hopefully is less cumbersome to use than say), currently airing in the US. Although it is also painfully straight acting, at least there’s more to look at, especially if Kate Upton is your kind of crumpet – and apparently she is plenty of guys’ idea of a hot buttery treat.

But really, could anything be creepier than the way that pimpish guy with the shit-eating grin introduces the female models telling us what they think about men’s body hair before they do, as if they might otherwise forget their lines? Is this really what reassuring heterosexuality looks like?

Compare it to the refreshing cleverness and directness of the Philips ‘I’d f*ck me’ ad. (OK, OK I’ll admit I fancied the male model in the silly sun hat more than Kate Upton….)

To The Unknown Bottom