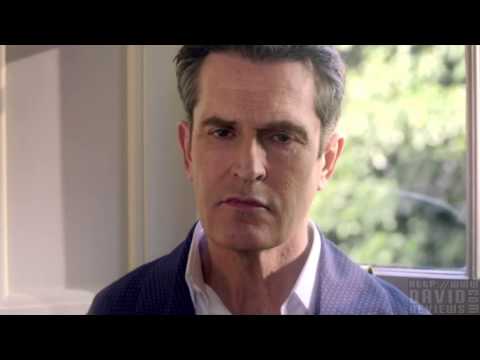 I’m currently devouring Rupert Everett’s delicious second volume of memoirs Vanished Years, straight after finishing the first, Red Carpets and Other Banana Skins. Though it should probably be read slowly, reclining on a queen-sized bed in a silk dressing gown and slippers – as if you were eating very expensive, very naughty bitter-sweet chocolate liqueurs.

It’s scandalously funny. Everett writes like a dream, damn him. It’s always so annoying when people who have lived a full life doing something much more useful and lucrative than writing finally turn their hand to it and are apparently effortlessly brilliant.

But it’s his candour not his skill that makes his memoirs so hilarious. He says all sorts of things that he probably definitely shouldn’t, which is what proper memoirs are for of course. And you can tell he gets a big kick out of doing it. When he recounts his last ditch attempt at resuscitating his Stateside career (sent into intensive care by The Next Best Thing) with a TV pilot for an ill-fated sit-com called Mr Ambassador, starring Everett as the UK ambassador to the US and Derek Jacobi as his PCB assistant (an alternative Vicious?), he really lifts the lid on the always-smiling horror of Hollywood and what’s called in showbusiness ‘the process’ – of getting fucked, no vaseline.

You also get a sense that his friendship with female stars like Madonna and Julia Roberts was probably always based somewhat on the appeal of his ridiculously posh and sensationally sharp English tongue. Bitchery always sounds better delivered regally. They enjoyed, I’m sure his hag faggery, but also that exhilaratingly tart honesty. (Apparently either Roberts or Madonna, or both, I can’t remember which, always smell ‘vaguely of sweat’.)

Disarmingly, Everett is most candid about himself. Recounting an early 90s, pre-HAART relationship with a beautiful Italian bodybuilder called Alfio who was also HIV positive he spares himself nothing:

‘During our late-night calls from the station in Turin I began to disengage. I couldn’t, wouldn’t deal with the very real problems that Alfio had. Finally he cracked one night as a train to Viareggio was delayed, and shouted at me down the line. He accused me of playing with him, of being utterly selfish, and finally of being a typical Catholic, all noise and no compassion.

Everett is also painfully candid about his limited acting abilities and his unlikely leading man appearance. In Red Carpets he admits that he’s far too tall, a huge head on a long neck atop no shoulders to speak of, and talks about how, pre LA gym makeover, when he was playing some highly miscast swashbuckling role in the 1980s he had to have some rubber foam bits made to fill out his costume and give him the appearance of shoulders – and an arse. Vanished Years is also movingly honest to the point of morose delectation (a Catholic bad habit) about ageing, loss and death.

His ad for Millicano coffee currently airing on UK TV, in which Everett in a silk dressing gown (looking oddly like Peter York) reads a scathing review of a performance of his, calling for him to retire from acting, very cleverly plays with all these themes and is as much an advert for his memoirs as gritty instant coffee. The punch-line about his ‘flabby bottom’ (at least he has one now, even if it is gravitationally challenged) is funny but also perhaps aimed at gaining sympathy from (a presumed female) target market, mocking as it does Everett’s mortal flesh in the way that women stars are more traditionally used to.

There has been a rather fetching, doomed quality about Everett since his breathtaking performance as a doomed young Guy Burgess figure in Another Country – his first and still his best film. It was a role too perfectly suited to him, and at the height of his strangely compelling youthful beauty. It propelled him into stardom but he never quite got over it.

But then, who would get over spending the night in young Cary Elwes’ punt? 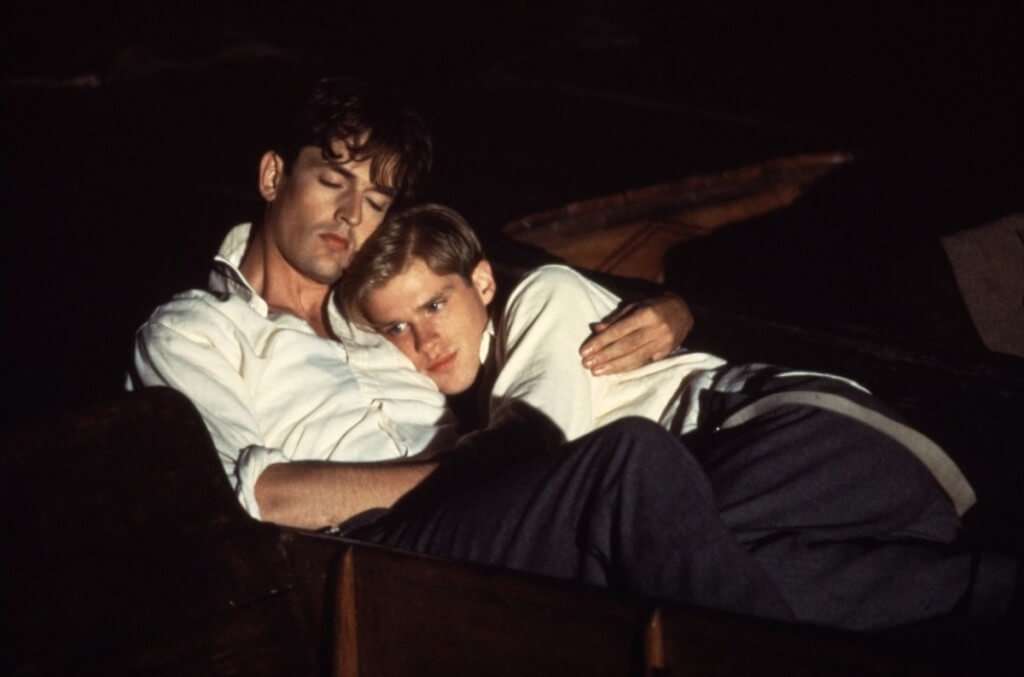 Sex With Someone You Love