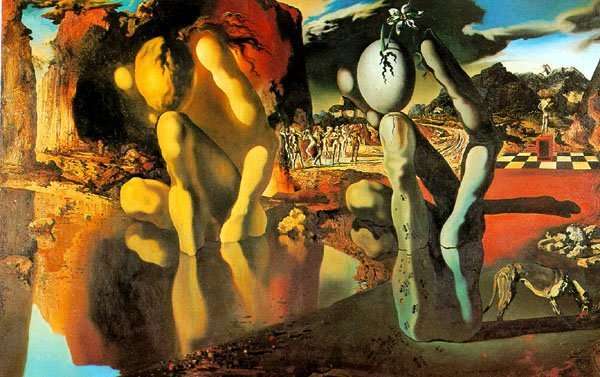 Terrible news! Call off the Xmas Party at Men’s Health magazine! Cancel the male strippers and the buckets of (low-fat) blancmange!

Self-love isn’t going to be rehabilitated after all. At least not by the shrinks. Professionally speaking, it will remain the love the dare not speak its name — even as the culture screams nothing else.

According to this piece by Jennifer Allen in The Sunday Telegraph, in the face of strong criticism, the American Psychiatric Association has backtracked on its plan to remove Narcissistic Personality Disorder from the new edition of the Diagnostic and Statistical Manual of Mental Disorders.

Allen suggests the reason they tried to de-list narcissism in the first place was not down to any recognition of how ‘normal’ narcissism has become in the world outside the consulting room, but because of the American psychiatric trend to biologise mental illness (‘Baby, I was born this way’) and prescribe drugs instead of the ‘interminable’ talking cure.

Allen isn’t impressed though by the APA’s backtracking:

I find the volte-face dismaying, not because I’m for prescribing drugs and against talking cures. You don’t need to be a psychiatrist to see that narcissism has shifted from a pathological condition to a norm, if not a means of survival.

Narcissism appears as a necessity in a society of the spectacle, which runs from Andy Warhol’s “15 minutes of fame” prediction through reality television and self-promotion to YouTube hits.

Well, quite. But then, I would agree as I’ve been saying this for years, darling.

Perhaps, being somewhat cynical, the objection to de-listing NPD was driven precisely by the ubiquity of narcissism. It’s certainly a growth market.

I don’t doubt that NPD, or something akin to it exists, and can be an extremely unpleasant experience both for the sufferer and those they come into contact with — here in the UK we’re only just getting over Tony Blair. But even before the advent of Big Brother, Facebook, iPhones and Immac for Men the symptoms of NPD were vague and common enough failings to be applied to almost anyone who had anything about them.

Or, to quote Gore Vidal, anyone better looking than you. According to the DSM ‘narcissists also tend to be physically attractive on first impression, giving them advantages when first meeting people’.

Here’s the full list of NPD sins provided by the DSM:

If you thought that just five of these symptoms might apply to you, then you may have NPD. If you found that they all apply to you then you’re probably in prison serving a very long stretch indeed or have your own TV cookery show and supermarket endorsement deal.

Though I suppose a psychiatrist would probably say that someone with NPD would likely not be able to recognise those traits in themselves. At any rate, that’s what I’m telling myself.

So if you found that none of these traits applied to you then you’re probably Jesus Christ. Or Barbara Streisand.

‘Male Impersonators’ Gets Digitally Dressed Up: now available on Kindle