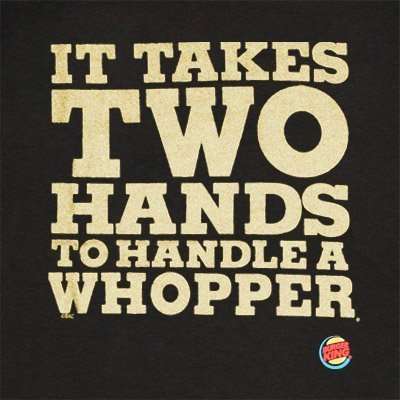 Being English, and therefore by definition irredeemably effete to most Americans, I’m fascinated by the way our colonial cousins appear to love rolling hysterically hirsute words like ‘macho’, ‘manly’ and the double-furry, XXL ‘manly men’ around in their mouths.

When they’re not exhorting everyone to ‘man up!’, whatever that means.  The self-consciousness of all this man-lurve, and the ticklishness of those androgenic adjectives, tend to make us fey English just giggle and roll our eyes. Or gag.

In the UK the notion of ‘manly cupcakes’ and a ‘Butch Bakery‘ would be a Little Britain sketch.  While compiling a list of our ‘manliest cities’ could only be a Monty Python sketch.  But in the US it’s a serious business.

Now, I would like to imagine that even in the US the notion that a metropolitan area can be ‘manly’ is meant to be a little tongue-in-cheek. Taken to be a bit of a laugh.  But there isn’t too much evidence of this.  The list of America’s Manliest Cities is in its fourth year.

Perhaps I’m not the best judge of these things, but I’m not entirely sure what is so ‘manly’ about this list anyway – compiled, you’ll note, on the basis of consumption: ‘…using manly criteria like the number of home improvement stores, steak houses, pickup trucks and motorcycles per capita.’

With a large, ‘man-sized’ slice of generosity we might say this list is celebrating ‘blue collar’ towns.  Without the generosity, and noting the mammoth candy producing sponsor Mars Chocolate North America and their ‘cheese-filled snacks’– and the weighty fact that 31% of US males over the age of 15 are already obese, most of them from the lower end of the social spectrum – we might say this list should be renamed ‘America’s Fattest Cities’.

Since America stopped making things its working class have been turned by corporate design into its over-eating class.  Consumption, particularly of processed food, is now its job.  In the US every other ad on the radio and TV is for processed food of some kind – reminding America to get back to work. Eating. So perhaps it only makes sense that the masculine pride that used to go with blue-collar professions has now been transferred, by Madison Avenue, to stuffing yourself with fast-food, candy and cheese-filled snacks while sitting on your broadening ass.  Man up to oral insatiability! is the real tagline of pretty much all this kind of advertising (e.g. the famous ‘Manthem’ ad for Burger King of a few years back.)

There seems to be an overlap here with bearism, the gay American cult for supersized furriness, which knows a thing or two about oral insatiability. American gays live, of course, in the same America as other Americans. Exposed to the same advertising and the same cheap, always-available fast-food, many gay men in the US are also obese.  In a sense, bearism was the gay world’s own advertising campaign to recast a shaped beard standing in for a missing jawline as ‘manly’ – and therefore desirable. Though as I like to say to bears who think that their fetish represents ‘real’ and ‘authentic’ masculinity compared to ‘those queens’, bearism isn’t about being a manly man – it’s about becoming a fatter, hairier version of your mother.

Gay or straight, empty calories are used to fill the manly emptiness inside. Mars also produce Snickers – a highly fattening product that is sold to boys as being a ‘manly’ antidote to general faginess with the tagline ‘Get some nuts!’.  (In your mouth.) Perhaps this is why San Diego, Los Angeles, New York and San Francisco come at or near the bottom of Mars’ list of ‘manly cities’.

The UK for all its ticklishness about ‘manliness’, is fast catching up with the US in the obesity stakes, and similar strategies are being employed (often by the same giant US food processing corporations) to make over-sized man portions seem less about insatiability than about virility. Mars itself ran into trouble here a few years ago for making their candy bars ever bigger and contributing to childhood obesity.

Of course, supersizing yourself actually diminishes your virility. Obesity lowers your levels of testosterone, as well as causing you to lose sight of your John Thomas, while growing man-boobs.

The epidemic of obesity amongst pre-pubescent young boys on both sides of the Atlantic means that many of them never really experience puberty. Oh, their voices break, they get furrier and their genitals mature, but their body won’t really change shape.  It will be ovoid and lipid – and ‘momsy’ – forever. Until they’re put in a super-sized casket. Possessing a masculine body will always be just a dream.

But not to worry, advertising can sell them even more comforting processed food as… ‘manly’!

A Nation Turns Its Back and Gags