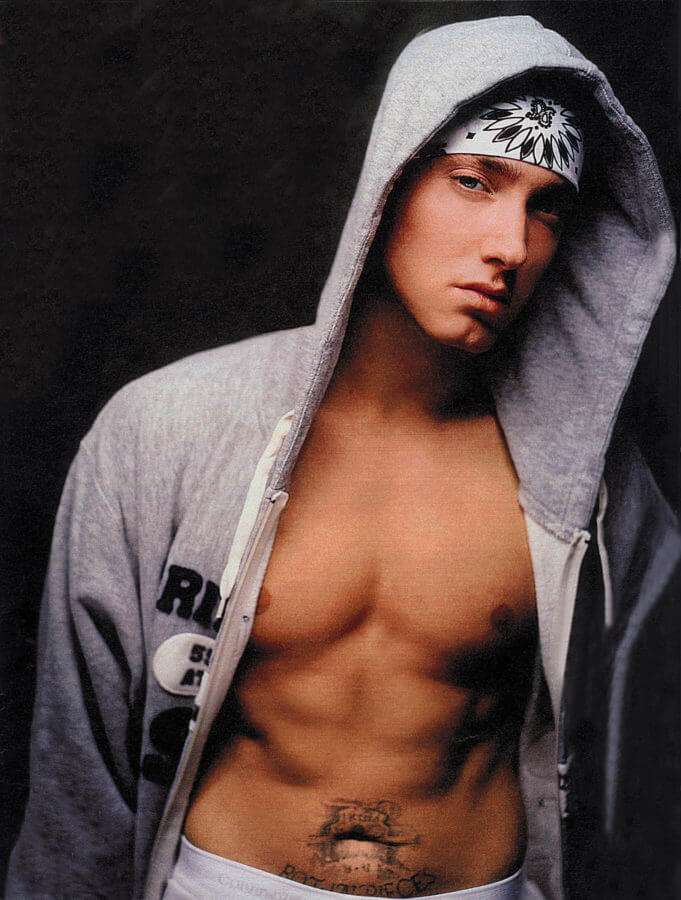 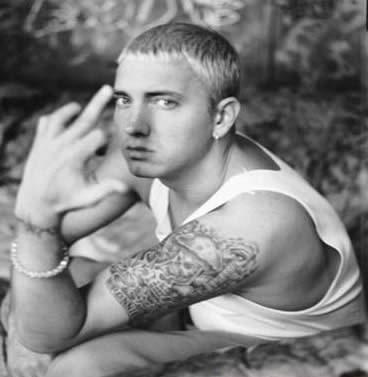 Eminem, aka Marshall Mathers, may have won only a few consolation prizes at the Grammys yesterday, but clearly the white rapper behind The Marshall Mathers LP has created the Album of the Year in every other sense. Em is the hottest property not just in the music business, but in pop culture itself, and, like Big Gay Al, aka Elton John, who sang a duet with him on stage, no one – the fans, the press, the critics, the police, the Vice President’s wife – can leave him alone.

Especially, of course, the gay rights activists, two hundred of whom picketed the Staples Center in protest at his “violently homophobic lyrics” (and what they saw as gay Elton’s “betrayal”).

Afterwards, the Gay and Lesbian Alliance Against Defamation solemnly expressed “gratitude” that Em was not awarded Album of the Year, but complained that the three minor Grammys awarded Eminem showed that “Academy members were willing to place their stamp of approval on lyrics that promote hate, prejudice and violence.”

Amen. But the rather important point that the protestors appear to have overlooked is, Sure, Em’s music is violently homophobic. It also happens to be violently homosexual. The two facts are not necessarily in contradiction of each other. Actually, in the world beyond the Care Bear sexuality of GLAAD, they’re inseparable. It might even be the case that the Grammy didn’t go to Em precisely because his lyrics are too queer.

To understand this you just have to pay attention to the music instead of the press releases. Sodomy never sounded so seductive, or seditious. When fellow Detroit rapping duo Insane Clown Posse ‘wittily’ renamed Slim Shady “Slim Anus” on their last album, the squeaky blond bombshell responded quickly and explicitly. “Slim Anus? You damn right Slim Anus / I don’t get fucked in mine like you two little flamin’ faggots,” he retorts on a track on Marshall Mathers, the CD that lost the Grammy.

Am I the only one who got aroused by all this “homophobia”? I suspect not. After all, sodomy – and graphic sodomy at that – is really the only sex you’ll find on Em’s record-selling CD, whether in the form of invitations to the listener to “suck my fucking dick, you fucking faggot” or dismissing his critics as bitter queens: “He’s just aggravated because I won’t ejaculate in his ass.” If Em really is the “New Elvis,” it seems that Jailhouse Rock is his starting point (which would at least explain his prison punk look). Even when he leaves the violent sodomy alone for a moment and turns to romance, it’s of a rather queer kind, as in the hit single “Stan,” in which a fan sends a series of unrequited love letters to his rap-star hero – the song Eminem chose to duet with Elton John with at the Grammys.

Em himself “comes out” and acknowledges his obsession/passion in another skit on Marshall Mathers in which a furious record exec complains that he can’t sell his records because instead of rapping about his wide-screen TV, Eminem is “rapping about homosexuals!” (Of course, the joke here is that Eminem’s records “about homosexuals” could hardly sell better.)

Now, if all this “fuckin’ homo” stuff seems adolescent, that’s probably because it is. It’s meant to be. Adolescence is a time of hormonal anxiety about identity for boys, but nowadays it’s not just a phase, it’s a career. And what is it that boys are supposed to grow into these days anyway? Masculine certainties have vanished, in many cases, along with dad, family and blue-collar jobs. The only certainty left to bastard boys like this is that they are “not a fag.” It’s a negative identity that can’t sustain a sense of self, let alone sustain one in a world which has made boys useless – i.e. faggots – by making traditional, mature masculinity redundant.

Rapismo like Eminem’s articulates that frustration, then soothes the anxiety the articulation produces. Eminem’s own story (now the stuff of legend) is instructive. A poor, pretty, blue-eyed white boy growing up in a depressed black area of Detroit without a dad, he left the house the definition of “different.” He claims that he was neglected by his mother, which she vigorously disputes. Perhaps the truth is that he was spoilt and fussed over and then ended up hating his mother for as he saw it turning him into a sissy: “I used to be mommy’s little angel at twelve” he sings in “I’m Back.”

To avoid complete emasculation, he rebelled against his mother and chose to be fathered by pop culture, in the form of hip-hop and the humongous phallus of black street culture. To Eminem (and other “shady” white boys of uncertain paternity from better homes) the world seems like a post-feminist nightmare where Mom is the law – and political correctness is merely “wash your mouth out with soap” writ large. He’s South Park‘s Kyle, ten years down the line plus plenty of drugs and disappointment.

In this cartoonish world, homosexuality isn’t only emasculation and weakness, it’s also the ultimate machismo, and the ultimate rebellion against “bitches” – as well as a contradictory solution to the problem of being fatherless, easing as it does the ache for male intimacy. But easing that ache means acknowledging it. And that means weakness. So homosexuality has to be constantly “stabbed in the head,” to use one of Em’s more infamous lines, even as it is constantly being evoked.

Every stab just leads to another target. After all, homos are everywhere nowadays in pop culture. And the blatancy of male passivity in a world where males are sex objects only makes this “stabbing” more imperative – even when you’re not, like Eminem, a pretty bottle-blond boy with “cock-sucking lips” (to quote ICP) and more than a passing interest in having your picture taken. “All I see is sissies in magazines smilin'” groans Eminem. “Staring at my jeans, watching my genitals bulging / (Ooh!) That’s my motherfucking balls, you’d better let go of ’em / They belong in my scrotum, you’ll never get hold of ’em.”

Look at the pictures of him in his book Angry Blonde (interesting spelling, that), skim past the one of him in blond pigtails to the ones where he is surrounded by a crowd of bleach blond Shady male clones gazing at him with shining, hungry eyes. Has pop culture ever looked more disturbingly queer?

Slim Shady is famously a character Em invented to express his “dark thoughts.” But maybe Slim is himself just a screen. This is not to say that Mr. Mathers is “really gay” (just as he clearly isn’t “really straight”), but just “really fucked up.” Perhaps the “real” Em is as neurotic, mother-identified/mother-hating, homeless, vulnerable, narcissistic and passive (aggressive) as the lyrics and the picture of him on his album cover suggest. In other words, all the things that make a great star, from Elvis to Lennon to Cobain.

And, alas, he’s all the things that can make young men these days who will never be stars sad and sullen, and sometimes suicidal. A seventeen-year-old white Eminem fan in Devon, England recently threw himself in front of a train. Apparently he was depressed by the “dissing” he’d experienced from friends after a gay boy said he fancied him at a party. The liberal coroner thought the lad’s anxieties foolish and misplaced: “He appears to have been unusually worried over his sexual orientation which really should not affect people a great deal either way.”

Maybe. But Eminem and the sexually shady, not to say confused, world of white hip-hop show that such a preoccupation is anything but trivial for too many boys today. It’s all they have left.

Eminem: His Majesty the Baby