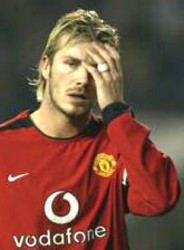 According to this report, it seems our lads’ disastrous World Cup performance was caused by the green eyed goddess.  Apparently they were upset that their captain David Beckham was getting all the attention – they were so distressed by this terrible injustice that they forgot to play football.  For their country.

Especially compared to some of the other tarty young(er) bucks on the England squad.  Fabulous Frankie ‘Legs’ Lampard, for instance, is more appetisiing, more edible, more melt-in-the-mouth, more pop-tastic.  I’d throw my knickers at him anytime. 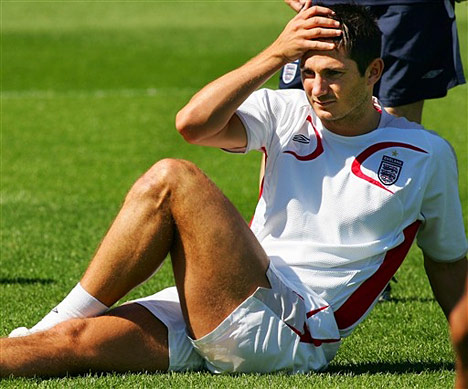 So I can understand why some of the boys feel hurt.

All the same, England’s Spice Boys should be patient and accept that in the world of showbiz there has to be one frontman – and Becks has the global fan-base and facial recognition.  And he is better looking than Geri.

Besides, everyone agrees that since he left the group England’s footballing boyband have been even more rubbish live.

The Size Queenery of Straight Men