In the Seventies advertising was doing its best to swallow Western manhood whole, but it just wasn’t up to the job.  It couldn’t quite suppress its gag reflex.  Or ours.  Men’s advertising was almost universally a joke and an hilariously camp one at that that.

Richard Jarman’s just-published ‘Smooth Operator’ (New Holland), a light-hearted, hilariously illustrated and captioned bijou book-ette anatomises that almost-innocent period from the Seventies and into the early Eighties when suited admen were doing their manful best, but were really only barely managing to get the bell-end in before dissolving into splutters and traumatic public-school flashbacks.

The kind of man they were selling and slicking back then was of course as ‘smooth’ as their own man-swallowing action was dodgy and toothy.  He was, in other words, utterly absurd, but rather likeable for that:

‘Smooth Operator celebrates that distinctly ’70s and ’80s breed of man – the Hai Karate-wearing, lounge-suit-sporting, big-hair-boasting hunk.  Modern man can only aspire to the God-like status of these Smooth Operators, photographed here in their natural habitat of cool bars, poolside loungers and, er, knitwear catalogues’

Or, as he puts it elsewhere, the Smooth Operator is ‘the metrosexual’s grandad’.  Jarman himself is closely related to the subject: ‘I would like to thank my father and his man-clogs and fuzzy perm for the inspiration for this book,’ he writes.  The ‘Smooth Operator’, like Jarman’s dad, was a ‘ladies’ man’ — or at least, he would have been if ladies were actually putting out in the 1970s without first being promised, as a minimum, a finger-buffet reception, two weeks in a high-rise in Magaluf and a lifetime’s bickering in a semi-detached in Macclesfield.

Which reminds me: I should warn that some people, especially those of a sensitive or aesthetic disposition, will find some of the images collected in Jarman’s book very disturbing indeed.  Weeks of retail therapy and a year’s subscription to Arena Hommes Plus may be required after viewing them.

Here’s a selection of some of the less shocking ‘Smooth Operator’ images and Jarman captions (and Simpson comments): 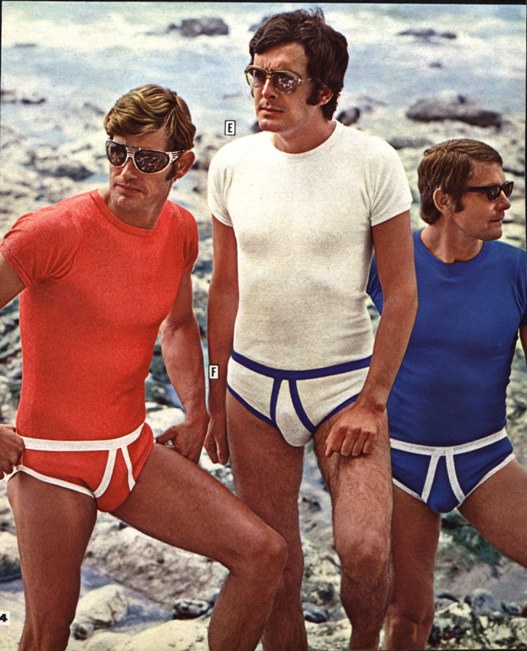 ‘The problem with Y-fronts, and their matching vests and T-shirts, was that they led many a smooth operator to leave the house half-dressed to stand about in gangs on sand dunes looking cool.‘

(If you look closely you’ll notice that all three models are wearing the same cleft chin.  Big chins were very important in Seventies advertising – big packets less so….) 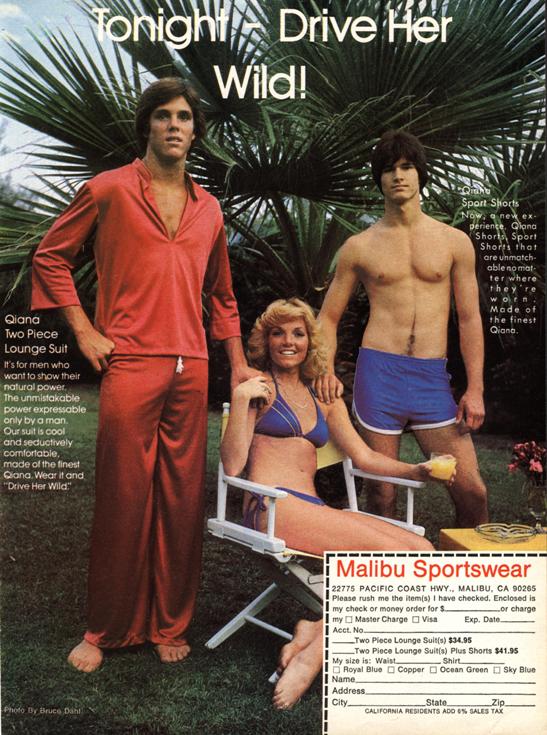 ‘These two busboys from Studio 54 in New York are visiting their friend Audrey, who’s convalescing at a Miaimi Gender Reassignment Clinic.’

(Lovingly pushing her down in her chair, preventing her from showing off her surgical dressing.) 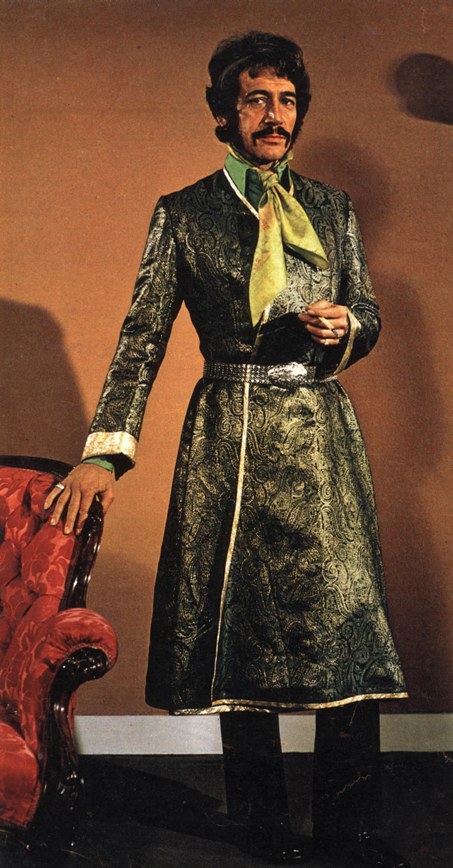 ‘Peter Wyngarde, undoubtably the smoothest of smooth operators, was voted the sexiest man alive and was a household name because of his alter ego, playboy Jason King in the TV show Department S.  In 1975, he was convicted of gross indecency with a truck driver in the toilets of Gloucester Bus Station, and the nation was cruelly robbed of a true superstar.’

(Especially cruel when you consider that, unlike Seventies men’s advertising, Mr Wyngarde had probably got the hang of swallowing South Western manhood whole.)